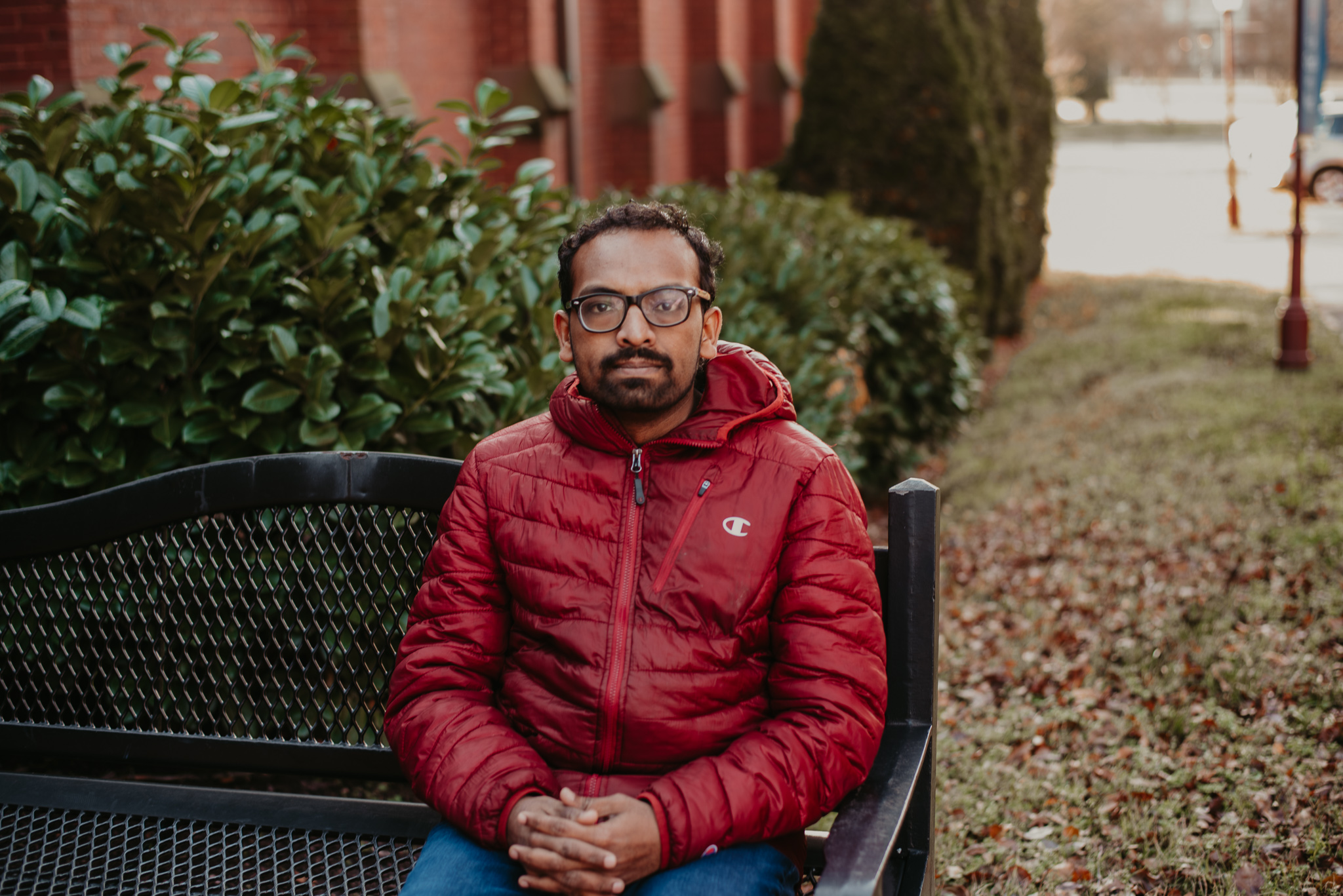 Trevor Jayaraj is pursuing a Master of Theology degree in church history at Union Presbyterian Seminary. A native of Nagarcoil in South India, Jayaraj studied comparative literature in Kolkota and Delhi before sensing God’s call to what he calls “public” ministry. Jayaraj identifies influences on his sense of vocation and names one of his spiritual disciplines. He equally cherishes Delhi and Calcutta (Kolkata) as his home, at times more than Nagercoil!”

My preparation for a public ministry began from childhood. My parents to a great extent prepared me for this. Grandfather and grandmother (Thatha and Paati) played equally significant role in it. Friends in my singing group in many ways shaped who I am. My faith is the sum total of experiences inherited from my parents, grandparents, singing group, and friends of ‘other’ faiths.

A major source of inspiration in envisioning a life of vocation remains firstly the values inculcated by my grandparents, a legacy that helped transcend the realities of life, whether it was not being able to afford required books for college or the myriad challenges life threw at me. To the orthodox rigor of grandmother, I attribute my resilience and tenacity. Adversity is an ever-present aspect of life in the Global South. Resilience and persistence were much wanted in a context of dearth of resources and lack of mentors, an issue I have grappled with for a long time. The mobile nature of my parents’ ministry disconnected me from hard-earned friendships. The intersecting dynamics of caste prejudice, minority religious belonging and class inequality posed significant challenges and often traumatized me. Yet, God’s sustaining grace overpowered this reality. Grandma’s life of faith inspired me to ground myself during life’s harsh journey and having observed her life of faith in itself continues to be an inspiration when I need it the most.

Along with Grandma’s rigor, grandfather’s secular orientation enriched my faith. In a multi-religious environment, being raised to engage with the joys and sufferings of the neighbors was invaluable. Thus, it became imperative to be in solidarity with friends and peers who follow a different faith, not drawing rigid and imaginary boundaries between them and myself. Grandpa used to interact with his Hindu and Muslim friends during the evenings, a scene I often encountered when I returned from school, an invaluable practice for me to build on later. Eating together and sharing food as friends (Muslims, Christians and Hindus) was a delight, thanks to the vision for an inclusive world grandfather imbued in me. Later on, in Delhi, I encountered amazing Sikh friends as well.

The experience with my singing groups in two congregations proved to be another rich and lasting source of inspiration. I was a member of two choirs—my congregation and another where I was privileged to lead the singing group. The experience with these two groups helped me understand and become aware of myself as a person and my place within the congregation as a believer rooted within a certain place and time. These moments taught me to be responsible for those around me as a member of the body of Christ. The time with the youth in the two congregations in southern India offered a space to hone my leadership skills. To receive and offer feedback from leaders and members turned out to be invaluable. The diversity of talents and temperaments striving towards a single goal prepared me for the vocation to come. Such social skills prepared me to student life in Delhi, another multi-religious setting.

As I witnessed in the life of my parents, charity remained a constant and consistent endeavor. We looked out for people in need. The world has a lot of them. My parents reached out to them. Charity is something that makes one feel good, I initially thought. I therefore continued to be benevolent and at times did not realize its importance for those in need. Both as an individual and in public life through school, college and church campaigns, I came to cherish charity as a program, not contemplating its richer implications and meaning for the less fortunate. I did not recognize that I was helping someone made in the image of God. Generosity was becoming a mere reflex action. It was only well past my teens, the awareness came to me that by practicing charity I was exercising a command integral to the golden rule. Through this awareness, charity became an important aspect of my everyday life and not a good cause to be ticked off my to-do list to soothe my conscience. The parable of the Good Samaritan came alive for me in the life of people I met in hospitals, on the way to church or when I encountered a friend going hungry in seminary. The wounded friend, the paralyzed patient in hospital, and the hungry stranger—all became God’s loved children to me. These moments in the past and in the present make me super grateful that through such encounters, I am encountering God in flesh and blood.

Charity continues to be a significant part of my life, a practice that was not merely meant to alleviate momentary suffering but a spiritual ethic to be worked on day in and day out. What I learned from my Muslim friends will remain with me for the rest of my life. They taught me, through their practice of Zakat, that what belongs to me also belongs to my neighbor in need.In a world full of greed, I owe much gratitude to my Muslim neighbors for strengthening this spiritual practice. I continue to learn that life is appreciated, saved and strengthened not from the pulpits alone but by consistent charity. I continue to work on my vision of charity, thanks to the above-said influences at home and beyond.

These experiences point to the wider reality i.e. the imaginary boundaries we build and solidify, secular versus religious being one enormous wall, continue to exist and make a difference in the world. The planet we share needs more collaborations and building bridges, for such a time as this. That said, I believe the burden of responsibility need to be assumed by the privileged folks in putting their resources to work. On that note of hope, I record my profound gratitude to all the wonderful souls who have influenced my life and shaped my love for God and God’s people and continue to push me forward to commit myself for the common good.