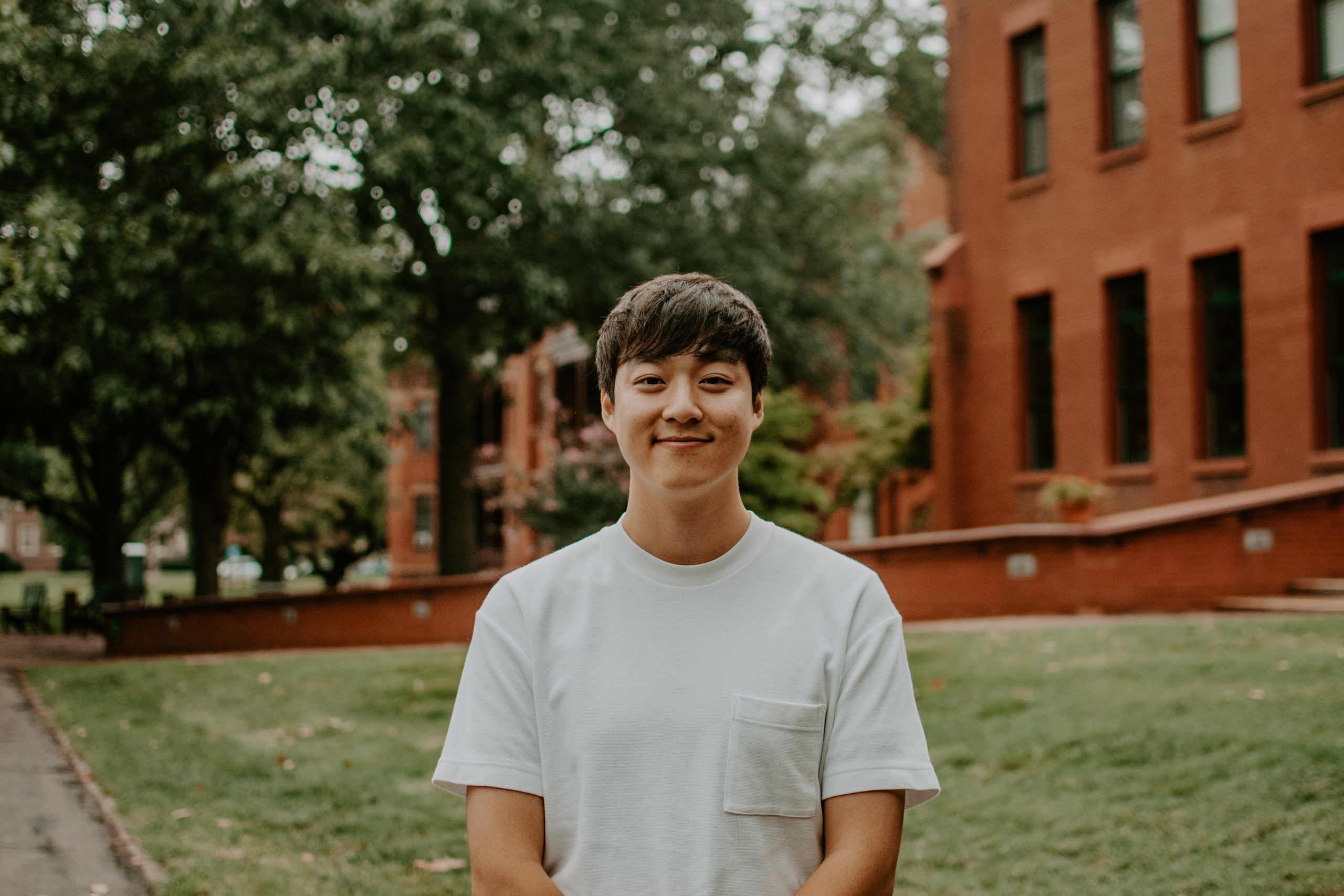 Do Shin Park is an exchange student from Presbyterian University and Theological Seminary in Seoul, Korea, and is working towards a Master of Arts of Divinity degree. In this essay, Park highlights the impact of living in and experiencing two worlds.

God set me apart for ministry even before birth. God placed me in a solid Christian family. My parents have impacted my life a lot. They were both pastors, serving local congregations enthusiastically. I did not have much time to be with them due to the massive church work, but yet my admiration towards their passion for ministry grew as I have grown older. My parents gave me a meaningful name: Do-shin. In fact, my name is a combination of two historically remarkable figures in the Korean church. Both these leaders loved Jesus and worked hard for independence of Korea from Japanese colonial power. So, I realized that my parents wanted me to be an important person in the Korean church. Although this could be burdensome for me, I rather decided to accept this thankfully.

To be specific, I have been heavily influenced by my father. Despite being eligible to teach Hebrew Bible in Korea, my father went to China as a missionary to keep his early promise to God. A western missionary mentored my father when he was a student. Inspired by the missionary, my father became a Christian and wanted to become a missionary someday. As his vision came true, our family went to China together when I was 17 and I lived there for 3 years, supporting my parents in ministry. I led opening praises, taught youth, and helped people with special needs. Meanwhile, I watched how my father lived for God and I wanted to be like him, serving God with humility and imitating Jesus with sincerity.

With these personal experiences, I strongly feel that I owe a lot to the Korean church. It is the Korean Church that has raised and taught me. Unfortunately, the Korean church is in a crisis now and is declining rapidly due to severe corruption. Therefore, I feel called to be a pastor who will restore and rebuild the Korean church according to the Bible with the power of Holy Spirit. With this vision, I have enrolled at Presbyterian University and Theological Seminary and am being trained by some great professors and local church pastors. I am grateful for the opportunity to study at Union Presbyterian Seminary. Here I have already met good people and friends and I have learned a lot of valuable lessons about pastoral ministries. I give all my praises to God.

I am grateful for the opportunity to experience two worlds. I am enriched by the differences I see between the church in America and Korea. Both worlds can learn from each other. First, in class, I was surprised that people are active, talking and having debates. It seems so natural to them, but I was having a hard time because Korean classes are not open places to talk. Usually, only the lecturer talks in class. It is probably because we have about 100 students in a class. American class culture encourages students to be vocal and engaged, and I learn much from listening to others.

Second, I figured it out that American preachers and theologians consider the ‘context’ of the biblical world and contemporary world very much. They not only stick to the literal text, but also try to look at the world behind the text. In so doing, the Word becomes clearer and its application more practical. And this way of studying helps us to escape from various oppressive misinterpretations such as anti-Semitism. As a preacher and a theologian, I am called not to repeat the mistakes of our faith ancestors. I have to dig into the context as well as the text in order to fulfill my pastoral duty properly and faithfully.

Third, I see a high respect for ‘diversity’ here. The emphasis on ‘inclusive’ language was the first thing I learned during the international student orientation. I do not know much of other seminaries and churches, but at least UPSem seems to be open to and respectful of differences—ethnic, religious, and sexual orientations. In fact, this is almost unimaginable in Korea. Most Korean churches are strictly closed to diversity. They not only condemn others, but also do not get along with others at all. I think maybe the history of both countries has affected their cultures. In Korea, we have never had other races but we feel a deep agony from our Civil War. So, we are basically afraid of different ideologies and tend to regard others as the enemy. I see a totally different history in America where diversity existed from the very beginning. So, diversity here should not be a problem.

Fourth, I found that there are much more sophisticated and rich liturgies in American church worship services than in Korean services. Regardless of denomination, most congregations have traditional liturgies and comparatively short sermons. They do the Eucharist very often, and foster a warm and welcoming communion. I personally envy this, since most Korean worship services have a long sermon and a meager liturgy. Thus, many people cannot tap into the richness of liturgies, and just think that a sermon is the service itself, ignoring the other parts of the liturgy. I hope that the Korean church can also come to enjoy the abundant presence of God by including various kinds and elements of liturgy in worship.

I have mainly talked about helpful things in American faith culture. However, I think there is a good thing in Korean faith culture. That is, we have many more ‘bodily practices.’ There are a great many services and activities in the Korean church. So, seminary students are trained to handle these challenging ministries. For example, they are supposed to attend 8 mandatory chapels a week (freshmen have to do 12), and local churches require them (part-time) to lead more than 3 services and do lots of administrative works. Of course, it is exhausting. And I reckon all kinds of unfair and inefficient works should be minimized. Nevertheless, I believe that this engaged ministry makes students stronger, for what we do affects what we love. Christians need some disciplines to a certain extent in order to live a simple and balanced life.