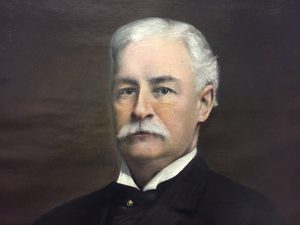 In 1898, Walter W. Moore presided over the removal of the Seminary from Hampden Sydney, Virginia to Richmond expressly so that students would encounter the urban complexities that Moore believed modern ministers needed to engage.  It was during this era that the seeds of a new way of thinking, and a new theological undergirding for that thinking, took shape at Union, changed Union, and helped transform the world of biblical interpretation and theological thought.

In 1924, Union Professor Walter Lee Lingle assumed the presidency of the General Assembly’s Training School for Lay Workers (ATS) across Brook Road from the Seminary campus in Richmond—later renamed Presbyterian School of Christian Education (PSCE).  Sweetser is succinct: “Walter Lee Lingle … set in motion the forces that ultimately destroyed ‘The Spirituality of the Church.’”21

Students flocked to Lingle’s regular lectures at Union and the Assembly’s Training School.  He taught the only class on social ethics in any southern Presbyterian seminary.  The ministers who were in the forefront of changing attitudes in the Presbyterian Church in the United States (PCUS) attributed their own awakening to Walter Lingle.  It seems his genius was that he could apply the Social Gospel (whose primary concern was for the city) to rural communities, which formed the locus of mass membership in the PCUS.  Dr. Lingle was never so far in advance of the church’s members that he alienated them, but always far enough to broaden the church’s viewpoint on social issues.22

In 1929, at the request of the students, Lingle was invited to deliver what was apparently one of the most transformative series of Sprunt Lectures: The Bible and Social Problems (Fleming H. Revell, 1929).  The published lectures had a huge influence on the church.  Lingle called for ministers to study the social problems of their communities and then preach about those problems from the pulpit.  He urged them not to engage in partisan politics, but unsparingly to apply the social and ethical teachings of Christ.  Indeed, Lingle taught that it was the proper business of all Presbyterians “to carry Christianity into every department of life.”  He understood a more active social Christian faith not as a departure from historic doctrine, but as a return to the original teachings of Jesus.23 This idea began to take root not only in the Seminary but in the wider church. 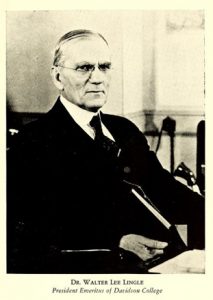